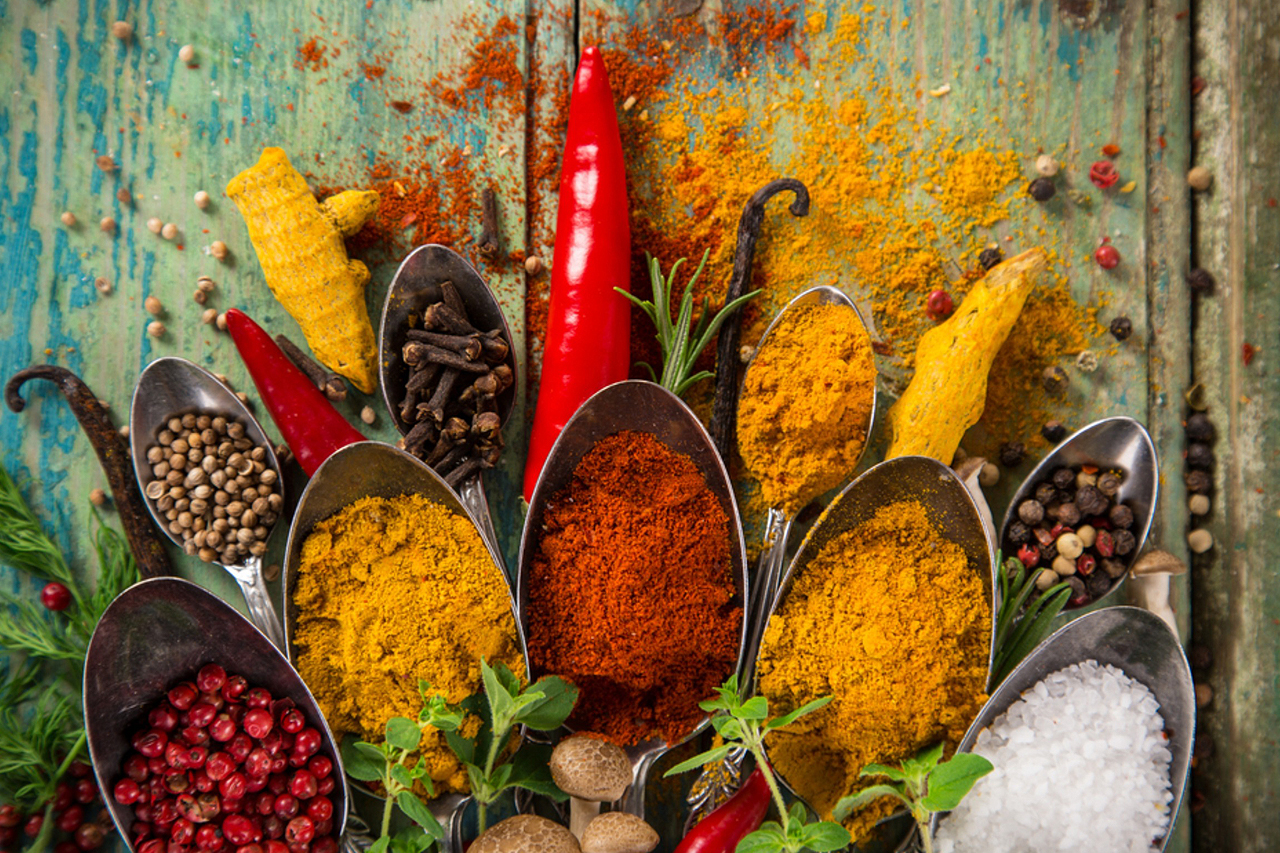 Spices used most commonly vary from one region to another. In India, it is undoubtedly cumin, chillies and coriander that rule the roost. The Mediterranean region finds more use for oregano, thyme and rosemary. Europeans are more used to black pepper. Indians, on the other hand, commonly use red chilli powder, turmeric, coriander powder, cumin powder and various other spices, a few of which are described here.

Red chilli
Red chilli, though not native to India, is now the most commonly used spice. Red chilli ranges in variety from the mild Kashmiri to the extremely hot Assam Jholokia and Guntur chillis. The red color comes from beta carotene and the “heat” from capsaicin. Red chilli imparts flavor, aids digestion, is good for the heart and gives a feeling of fullness. 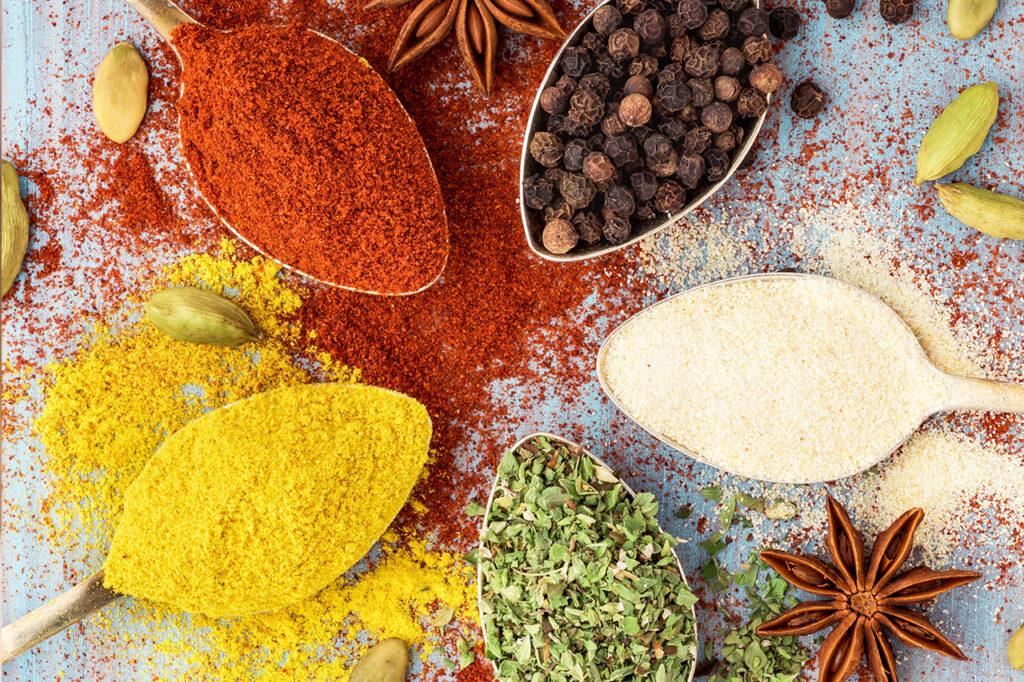 Coriander powder
Coriander powder is neutral in that it is not hot but it adds a distinctive earthy and citrusy flavor, especially after it is roasted lightly. It also adds body to curries, dals and gravies. Coriander is carminative and digestive besides aiding to control cholesterol.

Cumin
Cumin is another all time favorite. It has a distinctive taste and earthy aroma, perfect when used whole or roasted lightly and ground into powder, complementing coriander. Cumin aids digestion and can be used for tummy
upsets, especially when cumin powder is added to curds or buttermilk.

Mustard
Indians mainly use black mustard seeds for tempering. Mustard seeds without the outer skin, broken into pieces, are also used in hot pickles. Mustard is great for joint pains and it also has antibacterial properties. 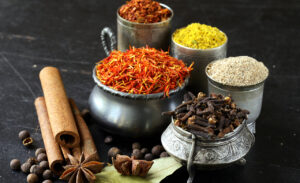 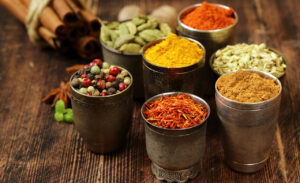 Black pepper
Black pepper can be fiery hot and, therefore, it is used sparingly in powder form for daals and curries. Whole black pepper also finds use in making pulaos and biryanis, adding a specific flavor of its own. Black pepper is the
original spice of India, still widely used in Kerala as the main ingredient to impart a spicy touch.

Turmeric
Indian curries rarely do without turmeric. Just a pinch imparts a golden yellow color and a unique taste. Turmeric has a peppery woody taste and the active ingredient, curcumin has many health properties for digestion, reduction of inflammation and to kill germs. It is also a commonly used beautifying agent to make your skin glow.

Cinnamon
Cinnamon is mainly used whole to flavor curries, rice dishes and daal in India but rarely used to flavor sweet dishes as is done in the West. Cinnamon powder also forms part of garam masala formulations but it isalways used sparingly since it does have a strong flavor.

Cloves
Cloves are used whole in tadkas and in vegetable curries, meat curries, pulaos and biryanis. Clove powder forms part of garam masala mix. It is pungent and it is used sparingly. Cloves contain flavonoids that are excellent anti-oxidants.

Cardamom
Cardamom could well be the queen of spices. It has a sweet aroma and is used whole or ground in curries and in biryani and pulaos. Cardamoms are also used for flavoring sweet dishes in India.

These are just a few of the many spices in use. You can use them alone or in combination to give your dish a signature appeal. Better still, buy spice formulations that contain these and enjoy gourmet meals. 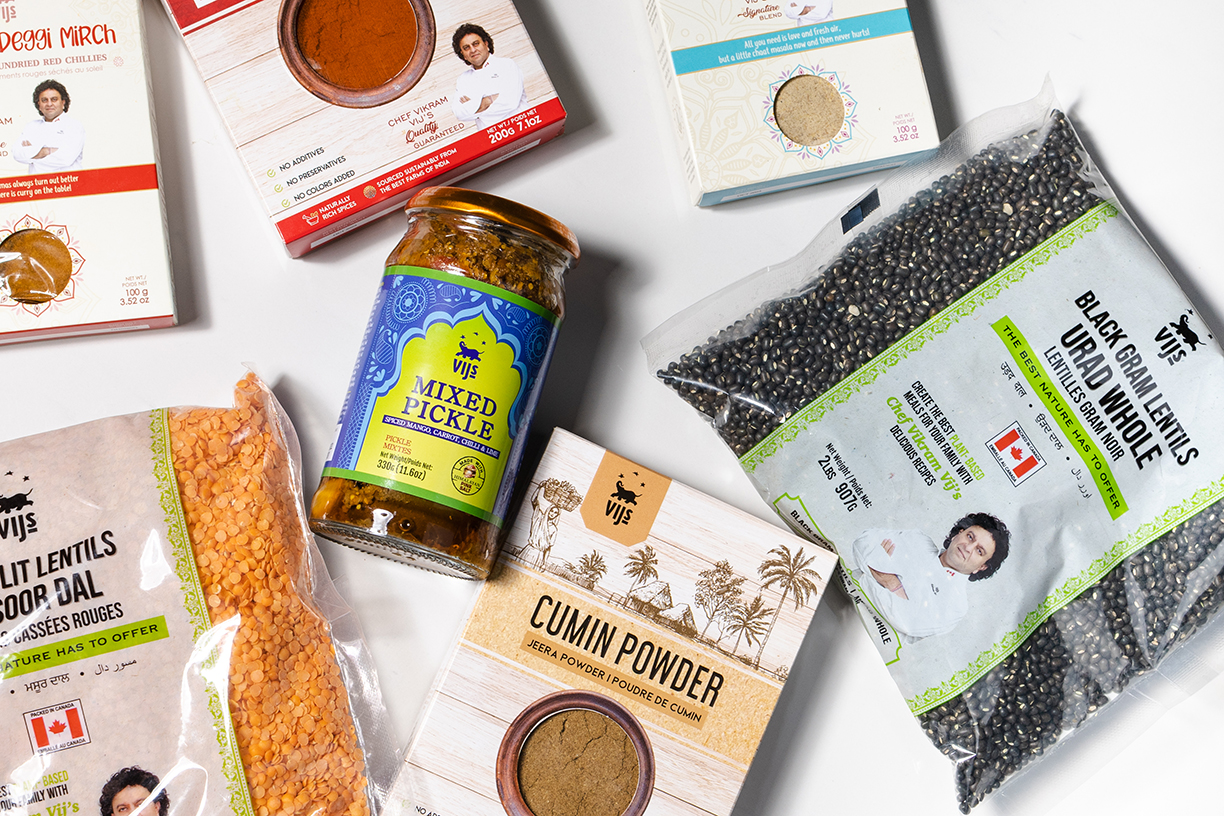 The range of our products spice up the world 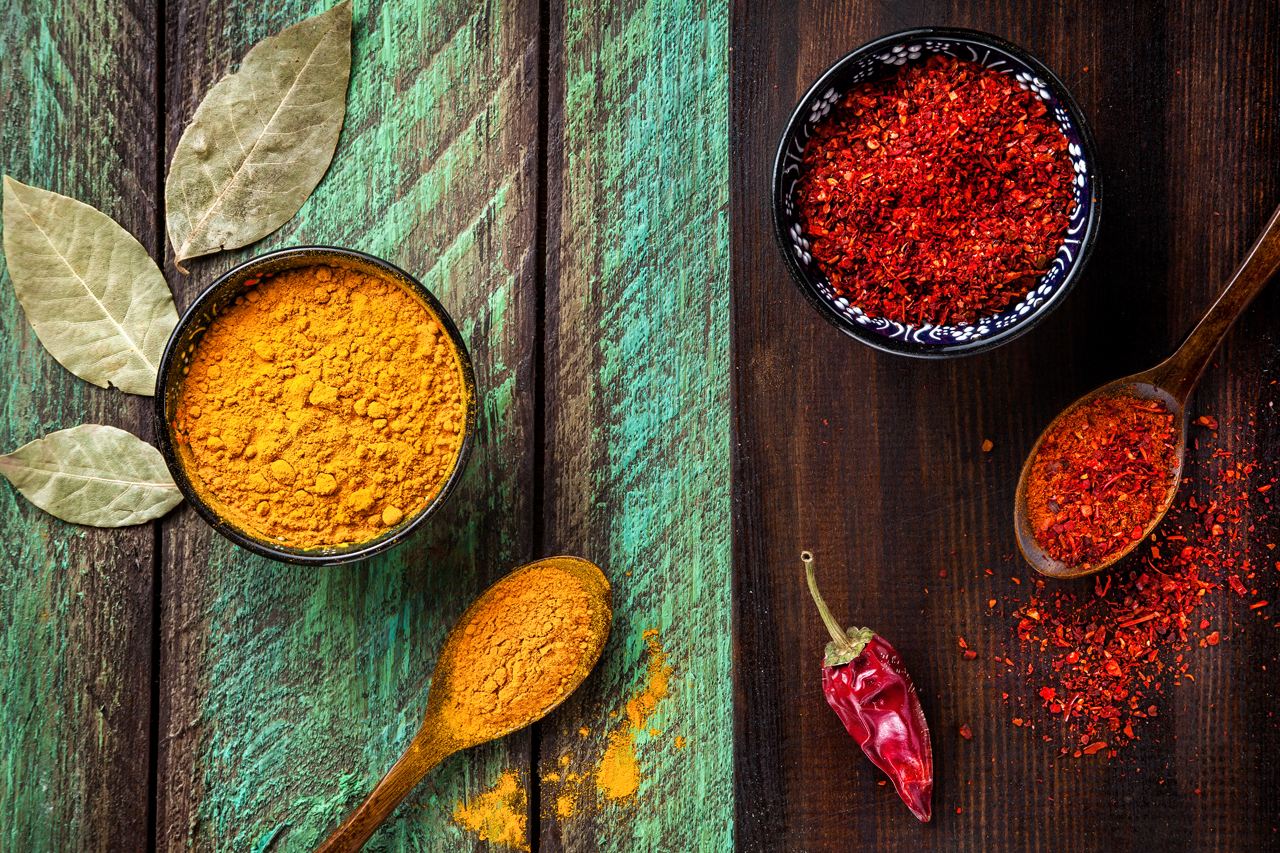 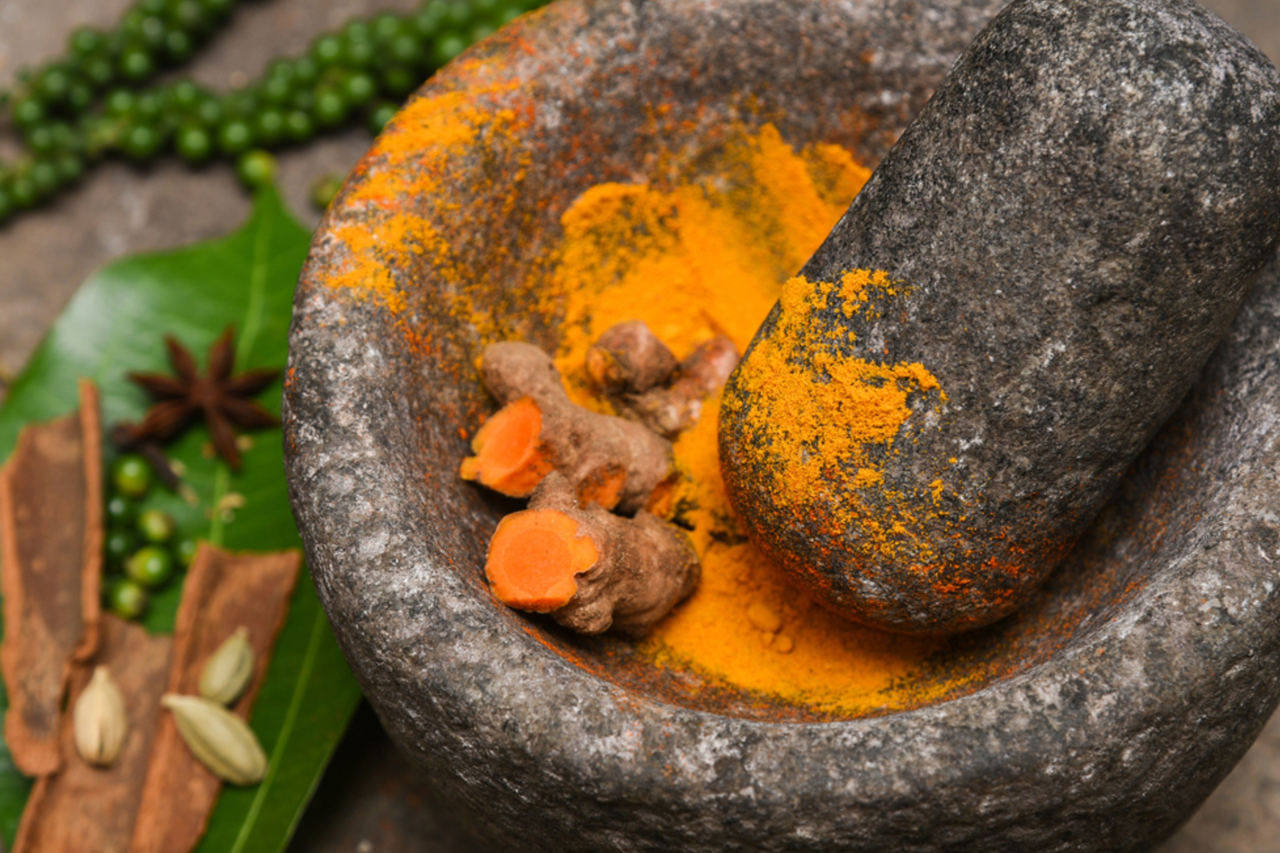